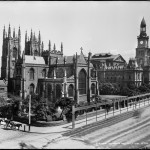 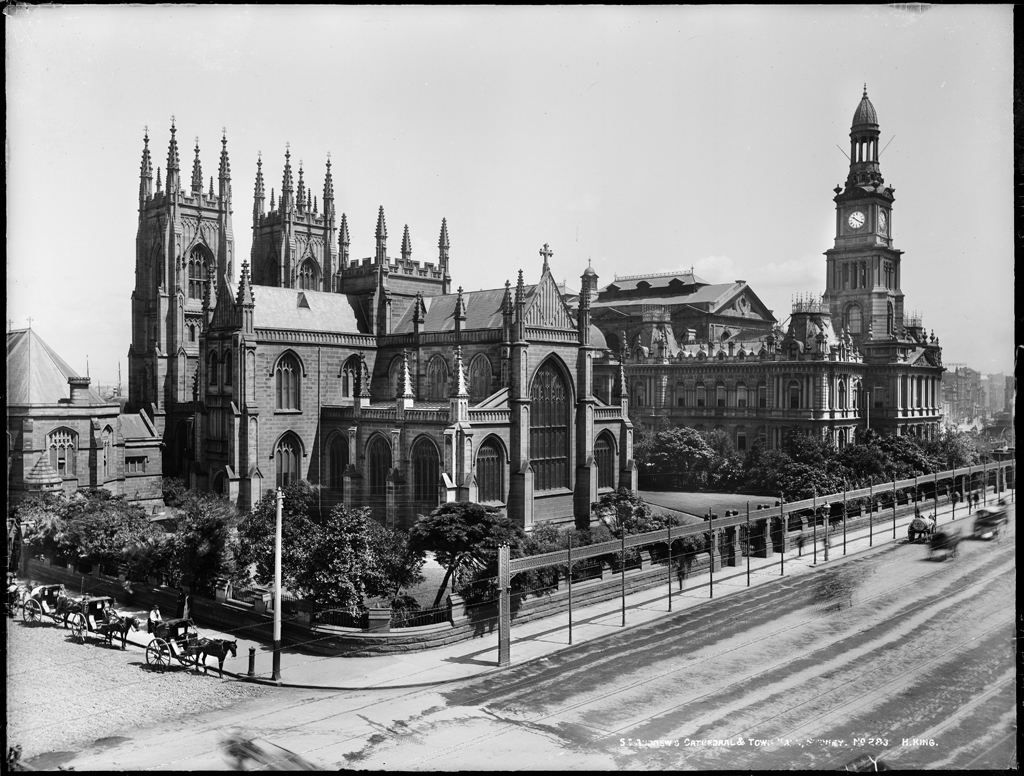 This photo, taken sometime at the beginning of the 20th century, depicts the Sydney Town Hall on George Street (right) and St. Andews’s Cathedral (left). The former was designed by architect J. H Wilson and is inspired by the style of the Hotel de Ville in Paris. It is still the civic office of the Lord Mayor of Sydney and aldermen of the City Council. St. Andrew’s Cathedral is the seat of the Anglican Archbishop of Sydney and Metropolitan of New South Wales. It is one of the finest examples of Gothic Revival architecture in Australia.