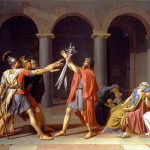 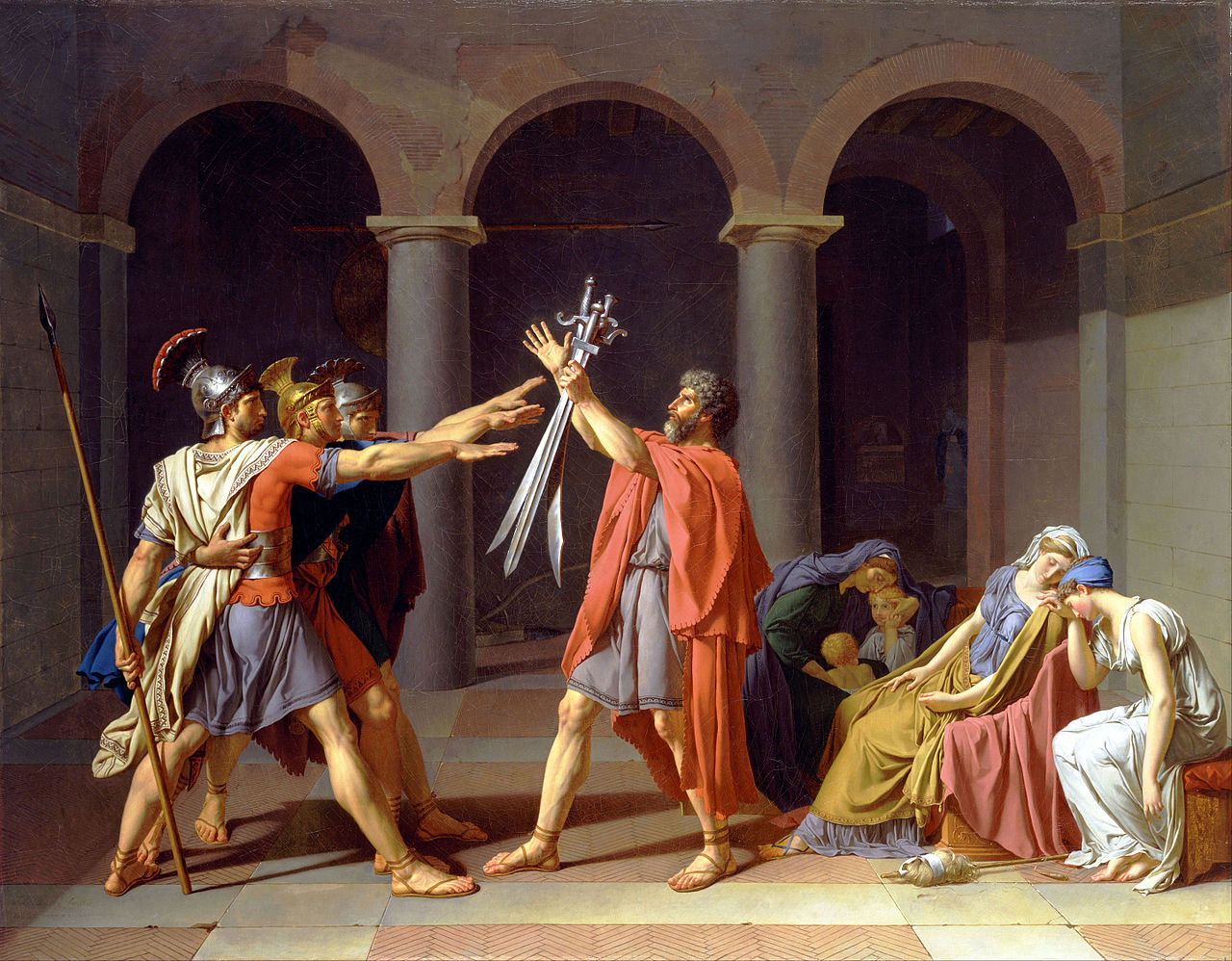 The Oath of the Horatii is a famous work by neoclassical painter Jacques-Louis David. It depicts a scene from a Roman legend about a dispute between the cities of Rome and Alba Longa. According to it, each city selected three people as its champions in a fight to the death. The Romans select the Horatii brothers, who are shown here swearing an oath before their father to lay down their lives for Rome. Their arms are in the position usually associated with the so-called Roman salute. The scene depicted is actually an invention of David, as it doesn’t appear in the original Roman legend.

David’s painting was very influential during the French revolution and later times since it so effectively propagates patriotism, unflinching devotion, courage, and masculinity. The patriotic component was especially important during the French revolution that broke out not long after the painting was made. The raised arm salute in particular was later adopted into theatre plays and movies, and then by the Fascist movement. Therefore, there is no proof the salute is actually Roman in origin. Rather, it can be traced back precisely to David’s painting, i.e. to the neoclassical period.

The painting is currently on display in the Louvre, Paris.