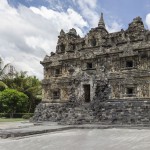 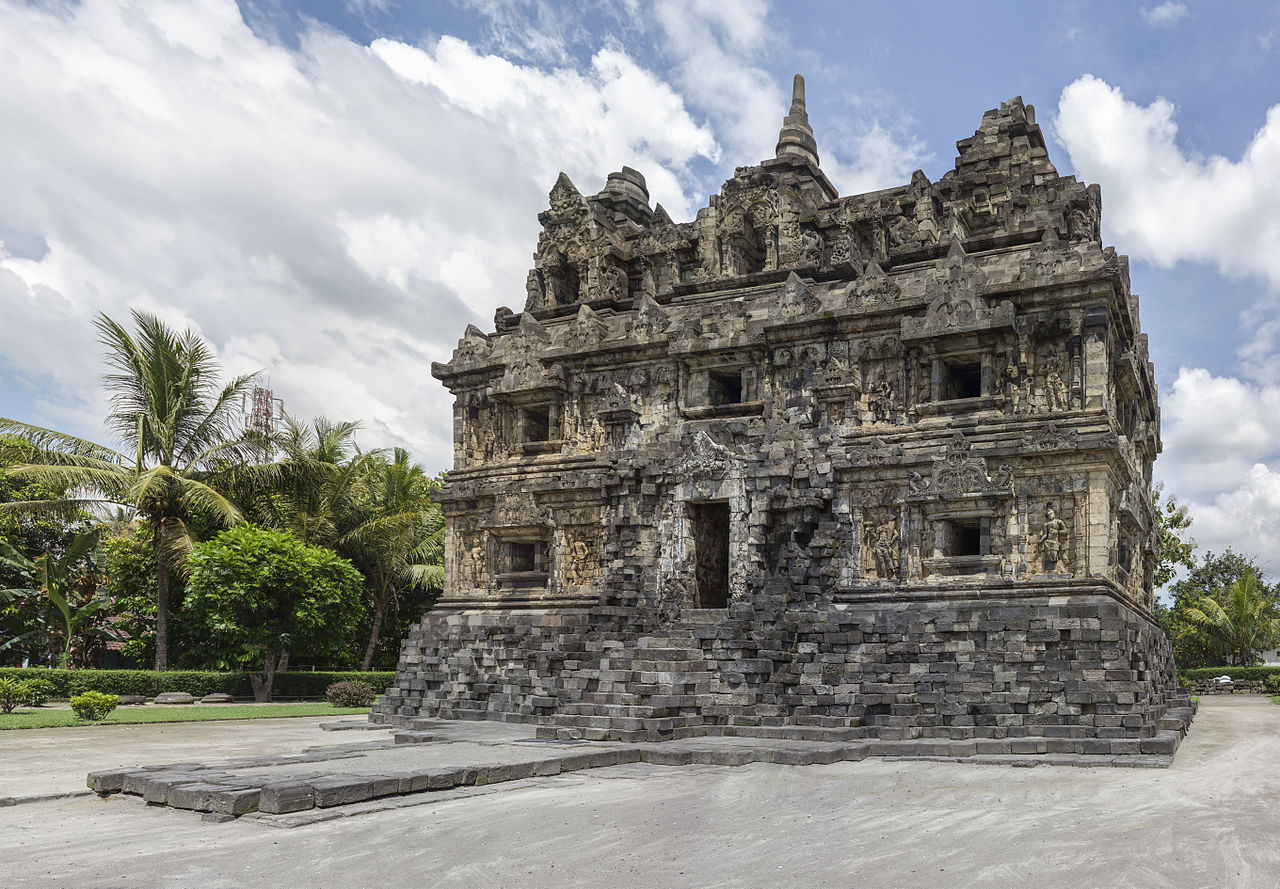 Sari is a famous Buddhist temple located in a hamlet near Yogyakarta on Java, Indonesia. It dates from the 8th century and was probably originally a monastery for the monks who served at the nearby Kalasan temple. The ruins were only discovered in the 1920s. Efforts to restore the temple haven’t met with complete success because many parts of it are missing, most notably the gate. Sari temple originally had two or perhaps even three floors (they were wooden and have not survived).  The upper floors served as storage rooms for religious objects, while the lower floor was used for religious activities such as education, discussion, and so on. Each of the door and window frames was flanked by statues of man and woman standing and holding lotus flowers, and most of these can still be seen today. Other decorations include images of a Kinara Kinari (man-headed bird), plants and kumuda (leaves and flowers shown creeping out of a spherical jar). The temple is part of a larger group that is no longer in existence.