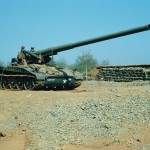 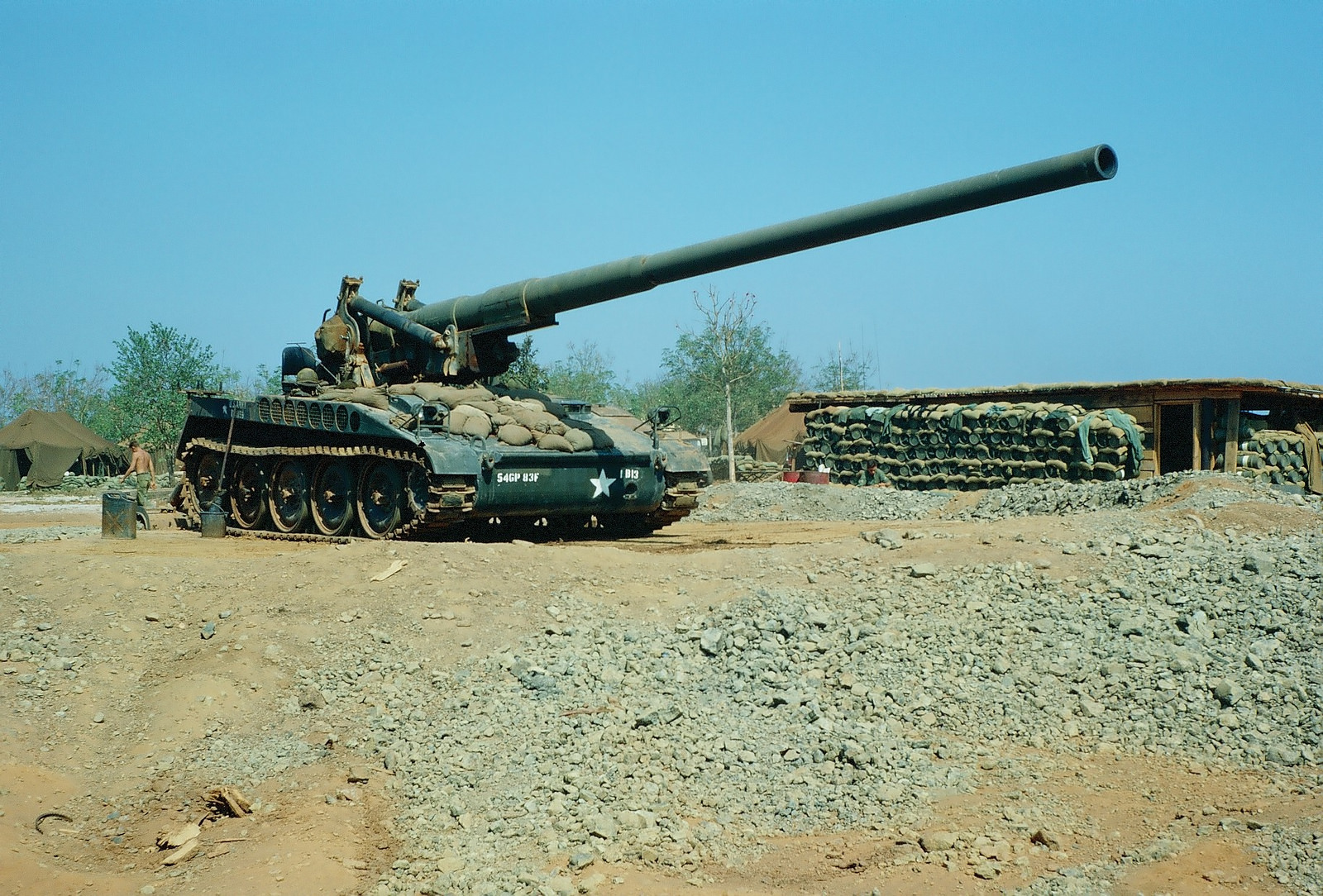 The M107 175 mm self-propelled gun was designed in the early 1960s for long-range artillery support that could be transported by air if needed. While these guns were exported to many countries including Germany, South Korea, Spain, Greece, Israel, Italy, the Netherlands, Turkey, and the UK. While it saw much use in the Arab-Israeli conflicts, in U.S. service it only participated in the Vietnam War (several were captured and used by North Vietnamese forces). The depicted vehicle was photographed at the Nui Dat military base in southern Vietnam.