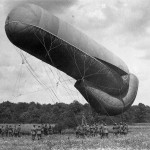 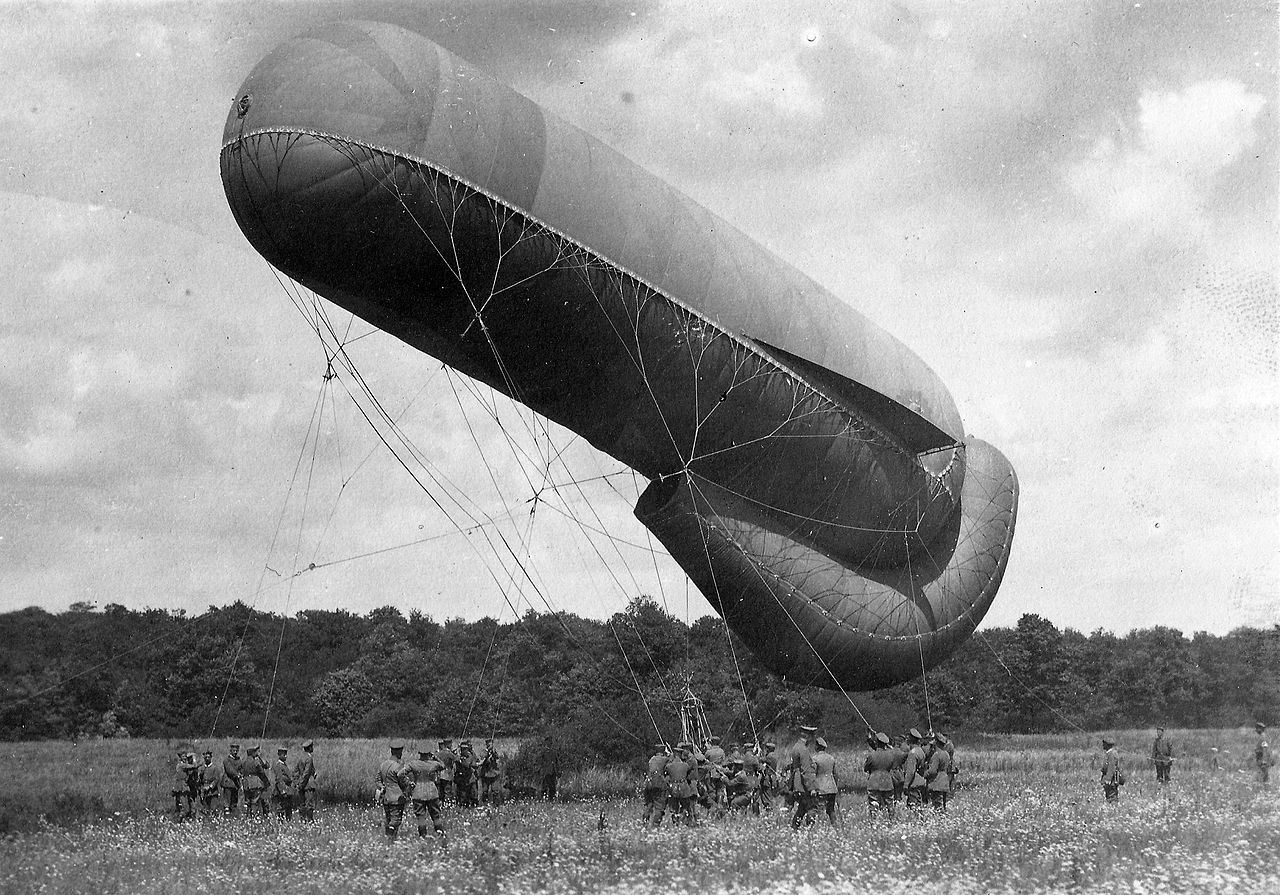 This photo from an album titled “War Memories” (German: Kriegserinnerungen) by Max Kranz shows the ascent of a military observation balloon in the summer of 1915. Balloons remained in use for observation purposes (such as providing guidance for friendly artillery) throughout the war and were surprisingly difficult to shoot down – a fighter pilot who managed to do so had his feat counted as a “kill”, just as if he had shot down an enemy airplane.