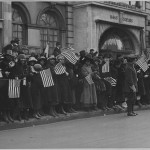 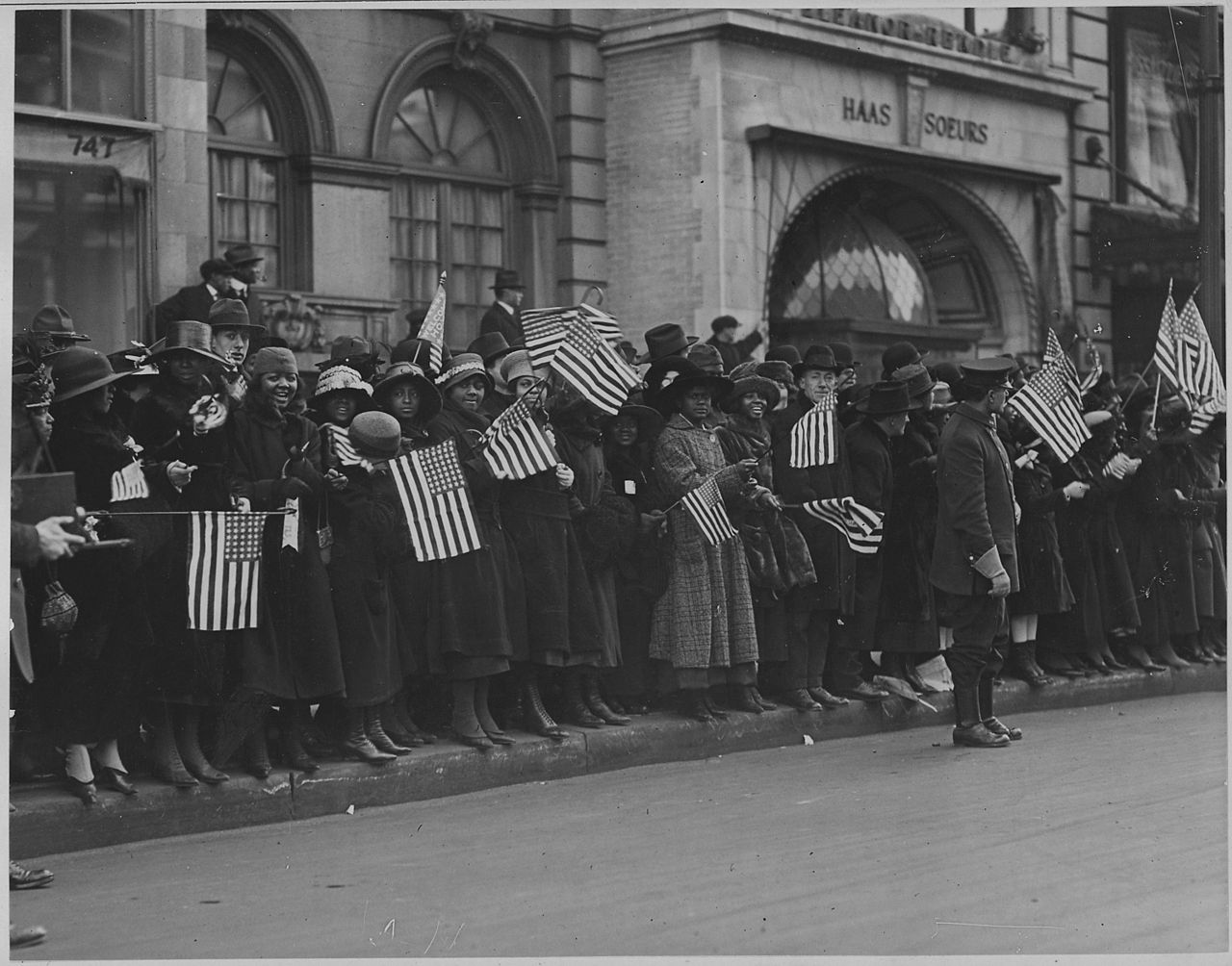 PHOTO: Crowds at the Parade of the U.S. 369th Infantry Regiment

Crowds in New York City await the parading soldiers of the 369th U.S. Infantry Regiment. Formerly known as the 15th New York regulars, this unit was the first African American unit to serve as part of the U.S. expeditionary force in World War I. Before the regiment was formed, African Americans weren’t allowed to fight in the war, though some circumvented this restriction by applying for the Canadian or French armies.  The regiment proved very effective, distinguishing itself during the Second Battle of the Marne and the Meuse-Argonne Offensive, earning the nicknames “Harlem Hellfighters”, “Black Rattlers” and “Men of Bronze”.