Filippo Mazzei, an interesting Italian who greatly helped the United States during their struggle for independence, died on this day. He was a contemporary of Giacomo Casanova (who was also his countryman), George Washington, and the Russian Empress Catherine the Great.

Mazzei was a physician by profession and was born in a picturesque part of Tuscany between Florence and Prato, which is known for its villas and gardens.

At the age of about 25, the young Mazzei settled in London. There he met the famous American scientist and politician Benjamin Franklin. The Americans soon persuaded Mazzei to move to America. In 1773 he settled in Virginia, in the neighborhood of the famous Thomas Jefferson.

Mazzei and Jefferson founded the first commercial vineyard in Virginia together (Mazzei brought with him the knowledge of the cultivation of grapes from his native Tuscany). The two remained friends until death. It is interesting that Jefferson called his mansion in Virginia Monticello (Italian: “little hill”) and designed it in the Italian style. 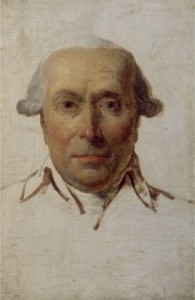 Later, Mazzei returned to Italy and there he became something akin to an American secret agent. He supplied weapons and sent them to America in the time of the American War of Independence.

It is interesting that Mazzei was later active during the Revolution in France. Only when Napoleon overthrew the government of the Directory did he return to Italy, where he died in the city of Pisa, exactly on this day in 1814.