The man after whom the famous Earl Grey tea is named was born in England on this day in 1764. His birth name was Charles, and he inherited the title of Early Grey from his father (the title of earl roughly corresponds to that of count in mainland Europe).

Thus Charles became the second Earl Grey, and can be addressed as Lord Grey, since all English earls automatically receive that right.

It is interesting that Earl Grey was a high-ranking politician in Britain. In fact, he was the British Prime Minister from 1830 to 1834, and had previously also served as the foreign minister in the British government.

Grey studied at the famous Cambridge University, and was elected as a member of the British Parliament at the age of 22. This was in 1786, on the eve of the French Revolution. 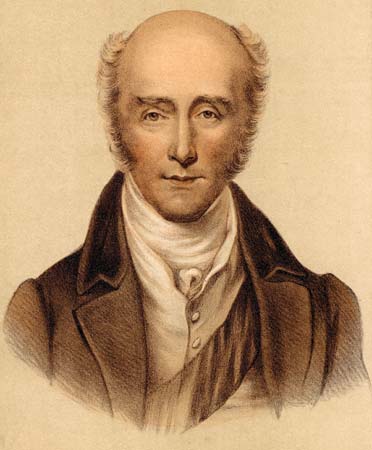 Grey was roughly the same age as Maximilien de Robespierre, and around five years older than Napoleon Bonaparte.

At the time of the Napoleonic Wars – in 1806 – Grey attained the high position of First Lord of the Admiralty, which roughly corresponded to that of a minister of the navy (Winston Churchill held the same rank much later).

As the First Lord of the Admiralty, Grey already became a member of the British Cabinet (government), and was soon appointed as the foreign minister.

In 1830 Earl Grey became the British Prime Minister, inheriting that position from the famed Duke of Wellington (the man who defeated Napoleon).

During Grey’s time in office, slavery was finally abolished in the British colonial empire (in the USA this occurred only three decades later, after many bloody battles).

Earl Grey tea, specific for containing bergamot oil, was named after Prime Minister Early Grey because he allegedly once received such tea as a gift. Bergamot (Latin: Citrus bergamia) is a type of citrus fruit from which an essential oil can be extracted. There is also a variant of Earl Grey tea called Lady Grey.