The last battle in Caesar’s military career took place on this day. Namely, it was then that he defeated his enemies near Munda in Hispania. The battle was fought in what is now southern Spain, in the area of Andalusia (the warmest part of Europe).

Caesar had approximately eight legions under his command for the battle, but his enemies had even more – around 13 legions. Caesar’s enemies were actually the last remnants of the opposition to his dictatorial rule. Namely, in 46 BC, Caesar had been declared the dictator of Rome for 10 years. During that time he also introduced the famous Julian calendar. Caesar had previously been appointed pontifex maximus (high priest) and held tribunal authority, making his person sacrosanct. 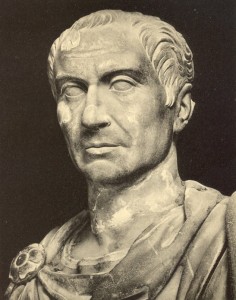 Caesar traveled from Rome to Hispania in less than a month. His goal was to quell the rebellion there. It seems that the Battle of Munda was one of Caesar’s most difficult battles. Over 20 legions took part in the conflict, and allegedly over 30,000 people were killed. Caesar arranged a triumph after his victory, and was named dictator for life the next year.