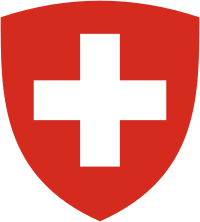 Switzerland was one of the last European countries to grant women the right to vote (the small Liechtenstein was the only one to introduce it later).

The reason for that was partly the conservatism of the Swiss (conservative Swiss women even founded an association of Swiss women to fight against suffrage for women).

The second reason was that a woman’s right to vote was something that was decided on referendums on which the voters were, of course – men. Thus, in a national referendum on women’s suffrage in 1959, 67% of Swiss men were against giving women the right to vote.

On a cantonal level, the first to allow their women to vote were the French cantons of Vaud, Neuchâtel, and Geneva. In German cantons it was delayed. The most relentless was the canton Appenzell Innerrhoden, which was pressured in 1991 at the federal level to grant women the right to vote.

It is also interesting that Switzerland didn’t introduce paid maternity leave for women until 2004. This proves that a direct democracy, where decisions can be made on referendums, may not always be progressive (it can be subject to conservatism).