One of the richest heiresses in European history died on this day at the age of only 25. Her name was Mary of Burgundy, and she died after a fall from her horse.

Namely, her horse tripped during a hunt with falcons, threw her off, and then fell on top of her. It seems that the impact severely damaged her spine, and possibly her internal organs, so that she soon died soon after.

As the only daughter, Mary inherited from her father a rarely seen wealth. She ruled the Duchy of Burgundy, Brabant, Guelders, Limburg, Lothier, and Luxemburg. She was also the Marquise of Namur, Countess of Flanders, Artois, Charolais, Hainault, Zeeland, Holland, Zutphen and Franche-Comte. She therefore had the right to six duchies, eight counties, and one margraviate. 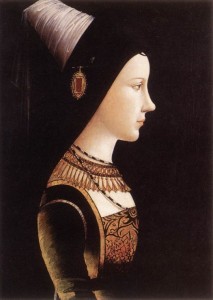 Her countries covered almost the entire territory of the present-day states of Belgium, Luxembourg, and the Netherlands, a large part of northern France, and almost the whole of Burgundy. Most importantly, at that time (the late Middle Ages) these areas were the most developed and richest parts of Europe.

So Mary of Burgundy was much richer than a substantial number of European kings and queens. When she died, her dynasty was extinguished, and her vast wealth went to the House of Habsburg.